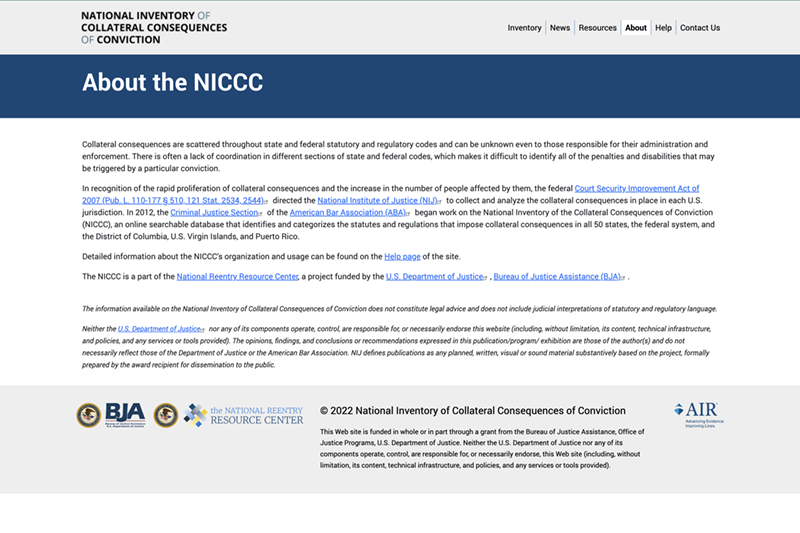 Collateral consequences are scattered throughout state and federal statutory and regulatory codes and can be unknown even to those responsible for their administration and enforcement. There is often a lack of coordination in different sections of state and federal codes, which makes it difficult to identify all of the penalties and disabilities that may be triggered by a particular conviction.In recognition of the rapid proliferation of collateral consequences and the increase in the number of people affected by them, the federal Court Security Improvement Act of 2007 (Pub. L. 110-177 § 510, 121 Stat. 2534, 2544) directed the National Institute of Justice (NIJ) to collect and analyze the collateral consequences in place in each U.S. jurisdiction. In 2012, the Criminal Justice Section of the American Bar Association (ABA) began work on the National Inventory of the Collateral Consequences of Conviction (NICCC), an online searchable database that identifies and categorizes the statutes and regulations that impose collateral consequences in all 50 states, the federal system, and the District of Columbia, U.S. Virgin Islands, and Puerto Rico.